​
The correction of vitamin D deficiency in autoimmune disease is a therapeutic approach based on scientific evidence.

Studies have shown that vitamin D, in addition to the known role in calcium homeostasis, has numerous actions in the body, with major interventions in the immune system.

The amplitude of its action and the fact that all cells in the body have receptors for vitamin D, suggest that it is not a vitamin but the precursor of a hormone. Research demonstrates that vitamin D is in fact a steroid hormone that targets more than two thousand genes (1).

Vitamin D is hardly provided by food and it is obtained mainly by its synthesis by the skin. This synthesis depends on sun exposure of arms and legs for at least 15-20 minutes from 10am to 3pm to ensure the necessary daily amount of vitamin D (1).

In todays’s modern life, we spend most hours of the day under coverage of buildings and it appears that the vast majority of the world's population is vitamin D deficient, even in sunny latitudes.
Besides of the lack of sun exposure, it has been acknowledged that some individuals have genetic mutations that impair the production of vitamin D, dramatically reducing the conversion of vitamin D3 into its active form.

In 2007, a study involving 12 patients showed that a gradual increase in vitamin D3 dosing over 7 months (from a daily dose of 4,000 IU  to 40,000 IU) reduced the number of active lesions seen on patient’s imaging with no side effects noticed (2).

Vitamin D is an immune modulator and not an immunosuppressant. It decreases the autoimmune response by modulating the response of the Th17 lymphocytes (T helper 17 is the key cell involved in autoimmune diseases), while improving our immune defenses against infectious diseases, as seen for example, in the treatment of pulmonary tuberculosis (4).The Th17 lymphocytes are involved in all types of autoimmune responses. Not only patients with Multiple Sclerosis benefit from vitamin D modulating therapy but so do most of the common autoimmune diseases such as Rheumatoid Arthritis, Lupus, Hashimoto’s thyroiditis, Psoriasis and Inflammatory Bowel Disease (5).

According to the pioneering experience of Dr. Cicero Coimbra, MD, PhD, Associate Professor of Neurology and Neuroscience at the Federal University of São Paulo, Brazil, the correction of vitamin D levels may reverse in part or fully reverse the symptoms of Multiple Sclerosis and make the disease go into remission (6).

Individuals with Multiple Sclerosis are partially resistant to vitamin D due to genetic polymorphisms or mutations in the pathway to produce the active form of vitamin D (2). Therefore, they need larger doses of vitamin D to surpass the defective production of vitamin D until its final active hormonal form.

Because the therapy with high doses of vitamin D involves some risks, this treatment requires personalized monitoring with labs and radiological tests to ensure safety and appropriate adjustments of vitamin D. 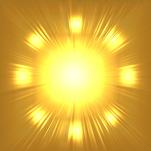